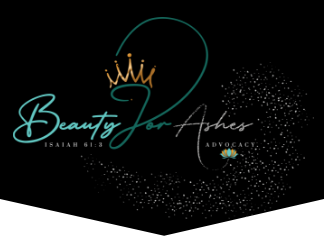 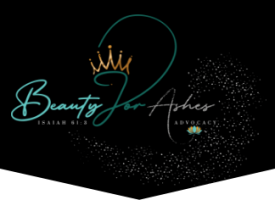 What Are The Bible Verses About Negative Thoughts

The greatest method to combat negativity in your life if you’re a Christian is to surrender to God. Avoid following the crowd and being with negative influences. To end your anxieties about life, be still and fix your thoughts on Christ.
Consider God’s promises when you meditate to combat despair and anxiety. Walk in the Spirit and put every wrath and wicked speaking to death. Don’t allow the devil any room to move; avoid him. Continue to praise the Lord for all He has done for you and all He is still doing.
So, in this blog below, we will discuss somebible verses about the negative thoughts that will uplift your soul.

Therefore, I urge you, brothers, in view of God’s mercy, to offer your bodies as living sacrifices, holy and pleasing to God–this is your spiritual act of worship. 2 Do not conform any longer to the pattern of this world, but be transformed by the renewing of your mind. Then you will be able to test and approve what God’s will is–his good, pleasing and perfect will.
Paul writes in Romans 12 that we should learn to know and follow God’s will by becoming living sacrifices to him, giving up the pursuit of our desires in life. We may start by using our spiritual abilities to help one another in the church. Paul outlines a lifestyle of detachment in his list of commands.
As Christians, we aim to love and encourage one another. We must keep our eyes on the future and wait patiently and in prayer for our heavenly Father to supply. Giving to those who wrong us instead of seeking retribution is how we must resist falling into the hands of evil.

That, in reference to your former manner of life, you lay aside the old self, which is being corrupted in accordance with the lusts of deceit, and that you be renewed in the spirit of your mind and put on the new self, which in the likeness of God has been created in righteousness and holiness of the truth.
As Paul described earlier, the Christian’s primary driving force for leading a holy life is a genuine knowledge of saving grace. Paul exhorts Christians to act in a manner that respects their gift in this passage. A single, cohesive family, the “body of Christ,” comprises all redeemed Christians. Diverse skills are simultaneously given to various believers. Some people are called to be in positions of power and leadership. Turning away from our “old self” is something that all Christians should do. Some fundamental, doable actions are included in Paul’s exposition of the “new self.”

You are of your father, the devil, and your will is to do your father’s desires. He was a murderer from the beginning and has nothing to do with the truth because there is no truth in him. When he lies, he speaks out of his own character, for he is a liar and the father of lies.
Chapter 8 of the book of John contains the well-known yet contentious tale of the adulterous lady. Despite not initially appearing in this specific place in Scripture, the majority of experts agree that this narrative is real.
This chapter continues Jesus’ sermons delivered during the Feast of Booths, during which He again clashes with local religious authorities. Here, Christ will declare, “I AM,” the second time, employing a prevalent subject in Hebrew theology: the analogy of light. This discussion will continue to heat up. Eventually, Jesus’ opponents become so furious that they try to murder Him there and then.

The good man out of the good treasure of his heart brings forth what is good; and the evil man out of the evil treasure brings forth what is evil; for his mouth speaks from that which fills his heart.
There are two key teaching and discipleship requests in Luke 6. Luke 6:1–16 carries on the theme from Luke 5. The two instances in which Jesus defies convention—this time by declaring himself the supreme authority over the Sabbath—are connected to His invitation to the Twelve.
Jesus’ teaching on the “level area,” also known as His “Sermon on the Plain,” is recorded in Luke 6:17–49. He also encourages the audience to become all-around disciples. There are many parallels to this material in Matthew 5–7. However, it’s unclear whether or not these two versions are of the same occurrence. Christ probably repeated the same broad message several times as a traveling teacher.

But each one is tempted when he is carried away and enticed by his own lust. Then when lust has conceived, it gives birth to sin; and when sin is accomplished, it brings forth death
How crucial is it for Christians to have faith in God? James argues that we must refer to our worst events as pleasant things because they increase our faith in God. Those who put their confidence in God ask Him for wisdom and act on His advice.
People who put their faith in God emphasize their benefits in the next life more so than their prosperity in the present. People who put their confidence in God don’t hold Him responsible for their urge to sin; instead, they praise Him for all that is right in their life. They examine His Word and respond to what they discover there.

Let’s Partner Up To Solve Your Life’s Toughest Challenges

Beauty For Ashes knows it is hard to move on from what you feel right now, but we are sure that this 30 minute call can be your first step to a new beginning.

“Do not judge, and you will not be judged. Do not condemn, and you will not be condemned. Forgive, and you will be forgiven.
This teaching of Christ is frequently taken out of context and used in ways that are completely at odds with the rest of Scripture, as are other teachings about judgment. Given that Jesus recently spoke extensively on loving one’s adversaries, this is a strong command if taken as intended.
We must not pre-judge and condemn individuals, as the Pharisees did with tax collectors and sinners, to love our adversaries and offer them mercy (Luke 6:27, 36). (Luke 5:29–32). Instead, we ought to be ready to pardon them.
Expressing a judgment or opinion on something, particularly about another person, is what it means to “judge.” Condemning someone involves finding or declaring them to be guilty with the expectation of punishment.
Knowing how, when, and if to judge is a daily battle for flawed human beings. Jesus plainly commands us to judge elsewhere (John 7:24). As with other texts, understanding the verse depends on its context. Jesus has said that those who endure persecution will be blessed by God, while those who avoid hardship by assimilating into the corrupt world will be judged.

This is from the best bible verses about negative thoughts which elaborates that you should trust in the Lord with all your heart and lean not on your own understanding; 6 in all your ways acknowledge him, and he will make your paths straight.
According to Proverbs 3:5–6, we should put all our reliance on God and not on our knowledge. Include God in whatever you do at all times so that He has an opportunity to guide you in the correct direction. You might not always be aware of what is coming.
These bible verses about negative thoughts is to put your confidence in Our Lord since He is the only one who can guide you in any circumstance.
Because you don’t always know what to do, you will be misled if you depend solely on your wisdom or intelligence. You will find the best resolution when you incorporate God in each step of the process you use to address a crisis.

So do not fear, for I am with you; do not be dismayed, for I am your God. I will strengthen you and help you; I will uphold you with my righteous right hand.
God comforts us in this passage by assuring us that He will always be by our side. He exhorts us not to be afraid because He will sustain us with His just right hand, giving us the strength to maintain our ground.
He commands us to place our trust in Him, yet doing so might be difficult since you never know what might be waiting for you on the other side of the bridge. However, God desires that you have confidence in Him.
He wants you to boost your spirits and accumulate stamina so that you can let Him walk beside you. Furthermore, isn’t it wonderful to realize you’re not facing your challenges by yourself? to be aware that someone is prepared to stroll beside you across the bridge?

When anxiety was great within me, your consolation brought joy to my soul.
Our faith is restored, and God’s character is shown through the healing Scriptures. God’s word has solutions for our ailments when we need physical, mental, or spiritual healing. Thinking about what God says reframes our viewpoint and promotes healing. Recline and read the Bible verses about negative thoughts, certain that it will speak to your circumstances right now.
God will provide peace and gladness to our situations, as seen in Psalm 94:19. When our thoughts, hearts, and souls are worn out and anxious, His word brings healing. This passage sheds light on the biblical remedies for stability, comfort, and healing.

For God did not give us a spirit of timidity, but a spirit of power, of love, and of self-discipline.
The first part of this verse can help to understand why Paul spends so much time writing to Timothy about ideas like boldness and spiritual fortitude. Paul was probably assisting Timothy in overcoming a spiritual deficiency with this. Perhaps Timothy did not wish to be the loud head of a sizable Christian movement because he was satisfied to serve with Paul in that capacity. But when Paul wrote this epistle, Timothy was serving at Ephesus in this capacity. Paul, though, encouraged Timothy to maintain his resolve. God had bestowed a spirit or attitude of “strength and love and self-control” instead of fear.

and envy; drunkenness, orgies, and the like. I warn you, as I did before, that those who live like this will not inherit the kingdom of God.
Those who put their faith in Christ are set free. Unfortunately, by staying on one of two paths, Paul’s readers risk squandering their freedom.
On the one hand, false instructors compelled people to get circumcised to ensure they were in God’s favor. On the other hand, however, freedom may also be wasted by using it to fulfill just our evil impulses rather than using it to benefit others through acts of love.
When we allow the Holy Spirit to guide us, He provides us the ability to carry out that task. A Christian’s life shows strong and fruitful results from living in the Spirit.
Hope you have enjoyed reading this blog, Please highlight your favorite bible verses about negative thoughts. 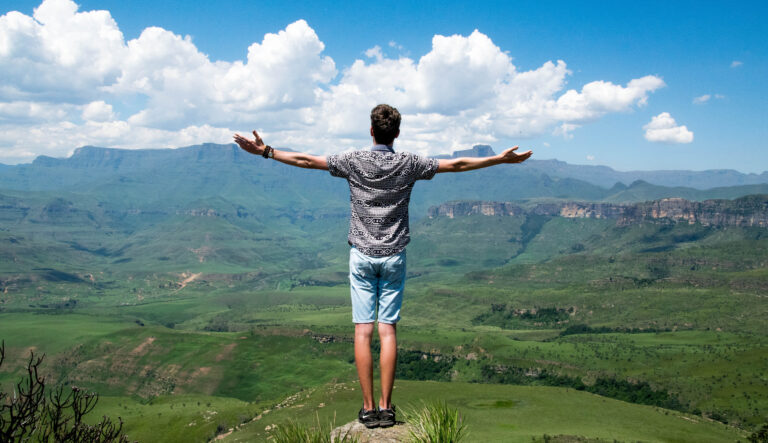 Ways To Control Your Mindset To Achieve More Of Your Goals 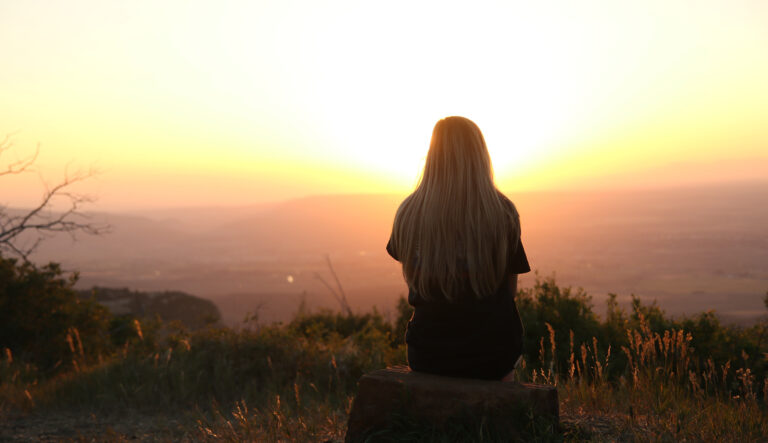 How To Heal Emotionally

Healing from the past is difficult but necessary because you cannot progress in life if you are stuck in the past. Wanna know how to 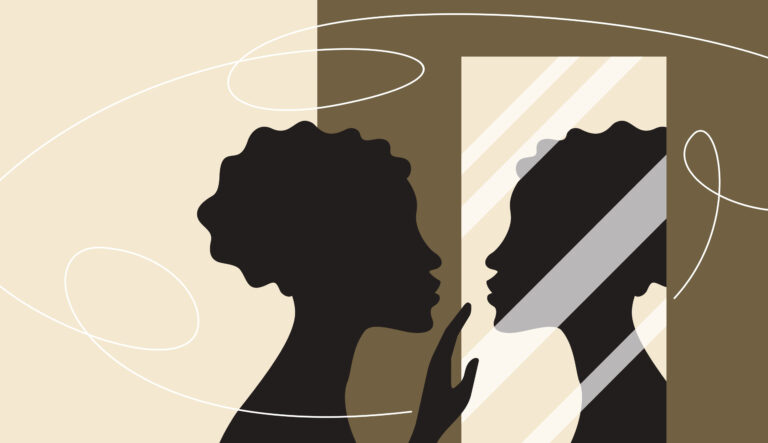 What Does The Bible Say About Self-worth

Do you ever get the impression that what bible say about self-worth? If so, consider that a key component of mental wellness lies in your